About a month ago I tried a new-to-me experiment: I asked the internet to suggest texts for me to set to music, on the understanding that I’d do my best at some drafts with random selections of text, and then eventually put the completed music up for sale online. I called it the Musical Hat Draw because I was going to pull numbers out of a hat to decide what order to set the texts in.

I loved this experiment. Having texts that other people chose removed a huge part of the perfectionist angst often associated with composing for me: I didn’t have to spend hours trying to find exactly the right words, I just had to set the text that came out of the hat. It was also interesting to me that some of the texts seemed to lend themselves more to solo songs than choral work. 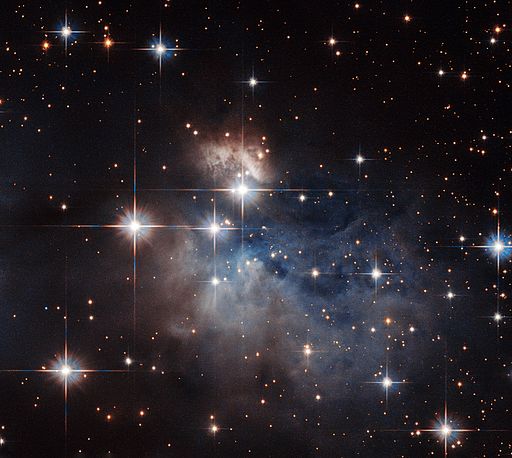 I worked for twelve hours on nine first drafts, and have worked for over twenty-six hours (and counting!) on the getting those drafts into a state that I’m happy with. Two of the drafts, I’ve discarded: I didn’t really like the music I’d written, and it seemed foolish to put more work into it. Two of the “good” pieces, I’m not yet offering for sale: one is a Christmas carol which mentions stars a lot, with a public domain text suggested by Kathleen Jowitt (do buy her book), and there are approximately a zillion carol competitions out there at the moment (okay, well, three), so I’m going to hang onto it and enter it into one of those. The other is a star-themed text written for the Musical Hat Draw by Gary Alderson (er, buy his book too) and, after a discussion with my PhD supervisor, I’m re-working my composition for a workshop with a top choir later this term. You’ll get to hear these pieces eventually, when I eventually make them public.

So, without further ado, here are the other five:

1. SOLD! The Old Astronomer, text suggested by Alexseanchai. I’ve set the first four stanzas to the same tune, and though I had intended this to be a piece for choir and piano or choir and ensemble, it didn’t work out that way. It’s quite folk-y, maybe a little jaunty for the subject matter, but I’m still rather partial to it. “I have loved the stars too fondly to be fearful of the night.”
Sheet music: £20
…and a robot flute recording: £30
…and a recording of me singing: £100
Total so far: £10 from Kathleen Jowitt, and the remaining £10 from AlexSeanchai.

2. Starfire Rising, text suggested and written by Elizabeth Barrette. Again, this is fairly folk-y, maybe a bit poppy? Three verses, the third with a slightly different tune for the first half. Piano accompaniment. I need to pay Elizabeth for use of the text but she has set an extremely reasonable price, so most of the below is for my own work.
Sheet music: £60
…and a robot clarionet and piano recording: £70
…and a recording of me singing to a robot piano: £120
…and a recording of me singing AND playing: £170

3. Science Hymn 2, text by the Reverend Ally Barrett. Five verses of 66 66 44 44 metre. She wrote the text to fit the tune “Love Unknown” but that has such strong associations with another set of words that I thought it would be better for the hymn to have its own. Triple time, E-flat major, a strong tune that shouldn’t take too much effort for congregations to learn. Harmonised for SATB.
If you sponsor this hymn you get to choose the hymn tune. You can search for tune names at Hymnary.org to find one that probably hasn’t been used already.
Sheet music: £40
…and a robot clarionets recording: £50
…and a recording of me singing (playing bass on an instrument): £130

4. Stella Maris, by Gary Alderson, based on the traditional Ave maris stella text. Seven verses of 8787, D major, 4/4 time. This is a good hymn tune, but it does sound a little bit like “Brother, sister, let me serve you” at the beginning, which might put some congregations off at first. Harmonised for SATB.
If you sponsor this hymn you get to choose the hymn tune. You can search for tune names at Hymnary.org to find one that probably hasn’t been used already.
Sheet music: £40
…and a robot clarionets recording: £50
…and a recording of me singing (playing bass on an instrument): £130

When each piece is sponsored I will add your name to the .pdf of the music, and make a public post with the file for people to download, as well as adding it to the Choral Public Domain Library (if appropriate). And I’ll update this page to show that the piece is sponsored.

There may be a delay on the recordings that actually involve me singing: I haven’t done any of them yet, because I’m not sure what to expect, and because I’ve been getting over a cold so my voice is not at its best. That means I’ll have to fit recording in around other work.

How to sponsor a piece:
Send me some money using Paypal! Be sure to let me know a) which piece(s) you want it to go toward and b) how you’d like to be known on the sponsorship note or whether you’d like the dedication to be for someone else. I’ll keep updating this page regularly during waking hours in the UK; there may be delays when I’m asleep or away from the internet, but I’m supposed to be doing quite a bit of work at the computer this week so it’s likely I’ll mostly keep up.

In the event that a piece does get over-sponsored while I’m asleep or away, I’ll put the money toward recordings of the same piece, unless you instruct me otherwise.

Can’t sponsor an entire piece? That’s okay: we can have multiple sponsors on each piece. Can’t decide which piece to sponsor, but want to give me money anyway? Just let me know, and I’ll allocate it to the “Hatter’s Choice” fund which will sponsor a piece or recording of my choice.

Don’t want to use Paypal? Contact me at artsyhonker at gmail dot com and I’ll see if we can work something else out.